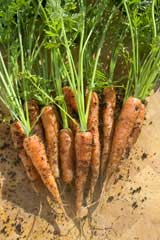 Organic food is more expensive to produce and buy than conventionally farmed food. According to the BBC, organic sales are down by 11% as a result of the recession. So, is feeding children organic food really important, or is it just a luxury?

Organic food is more expensive to produce, and therefore to buy, because it requires more work to grow, it is grown in smaller quantities so doesn’t have the same economies of scale as non-organic production, and because the varieties of vegetables or fruit, or the types of animals, may grow more slowly, so need to be looked after for longer before harvest.

Organic food can taste better, because it is grown more slowly, and often uses varieties that produce lower yields but better flavour. If it is produced locally and eaten soon after harvest, this can improve the taste as well.

However, according to a review of a large number of studies carried out over the past 50 years, by the London School of Hygiene and Tropical Medicine for the Food Standards Agency, there was no real difference in levels of most nutrients, including vitamin C, calcium and iron, between organic fruit, food and food grown by conventional methods. The study looked at fruit, vegetables, meat, dairy and eggs.

According to the Food Standards Agency’s most recent research, it may not necessarily be worth buying organic food for its health benefits alone. However, organic food can taste better, and organic production methods are generally better for the environment. If the organic food is also sourced locally, it supports farmers and other growers in the neighbouring areas.

Organic food is more expensive than conventionally sourced food, but buying in season and from farmers’ markets or direct from the farm (or growing it in the garden) can cut the costs right down.

Whether organic or non-organic, it is good for the environment to look to buy local food and food in season (it often tastes better too). Eating it (or freezing it) as soon as possible after harvest also means that fewer nutrients are lost during storage (see ‘Fresh or Frozen Food: Which is Best?’).

Finally, it’s especially important to ensure five portions of fruit and vegetables a day, particularly for children, and to eat a good balanced diet (see ‘Food Group Proportions in a Balanced Diet’).